The Ukrainian Cultural Dinner has usually been called a “Bogrash Dinner.”  Bogrash (or Bograch) is a Hungarian goulash meat soup with a Transcarpathian syle. This “Shepard’s Soup” can be found on most menus of restaurants in Uzhhorod. It is packed full of vegetables, meat and seasoned with paprika.

Year’s ago, the “Bogrash” Dinner was inspired by a similar dinner produced by the Women’s Leadership Delegation as a fundraiser for their project.  The evening was planned and executed entirely by the delegates with CSCA Board Members and host families assisting where needed.  The event was created in just a few days and was highly successful.  Over the years, the Bogrash Dinner has been a fundraiser for the Uzhhorod Council of CSCA.  The dinner has been held at many locations including the First Presbyterian Church, First Methodist Church, and First Congregational  United Church of Christ as well as the Old World Deli in downtown Corvallis (thanks to support from owners Ted and Veronica Cox).  The timing of the dinners has often coincided with the presence of a delegation from Uzhhorod.  These delegation members have joined right in and provided music and talks for the event as well as soup preparation expertise. 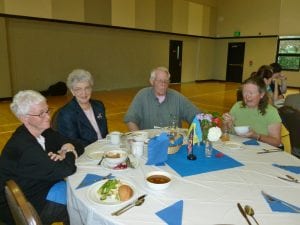 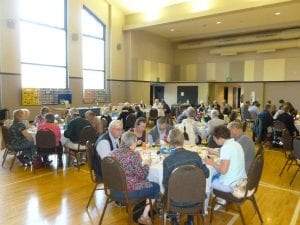 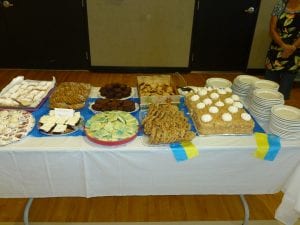