The U.S. Congress-sponsored Open World Leadership Center (OW) brings emerging leaders from former Soviet States to the United States to learn about the American system of participatory democracy and free enterprise. The Open World Program is a highly competitive and valuable experience for young professionals who are key to the establishment of improvements in a variety of sectors critical to democracy in Ukraine. OW delegates typically are in the community for ten to twelve days and are given up to forty hours of high-level training given by area experts on the delegation’s specific theme. In addition to the professional experience, all delegates stay with a local host family and learn about the life of everyday Americans.

Corvallis has a long history with the Open World Program (OW). In 2004, Pete Bober, an employee of Linn-Benton Community College(LBCC) and member of the Corvallis Sister City Association-Uzhhorod (CSCA-U), approached the college about applying to serve as an OW host organization in conjunction with CSCA-U. The college agreed and upon application, LBCC and CSCA-U were awarded the opportunity to host a Ukrainian legal delegation. The delegation visit was scheduled for December of 2004 but was rescheduled to spring of 2005 due to the “Orange Revolution.” Over the next 13 plus years, CSCA-U would be awarded a series of awards from Open World. In 2006, CSCA-U would be awarded to host NGO delegates from Uzhhorod, and later in 2006 with Umpqua Community College(UCC) and a number of delegations from Uzhhorod National University, the UzhNU Delegation (pictured below left) beginning in 2015 and continuing for several years in a row. By 2016, CSCA-U was awarded the opportunity to host a perinatal medical delegation, in 2017 hosting a delegation of professionals who provided services to children with disabilities, and most recently in 2018, The Open World Local Government Delegation (top right picture) involving young politicians and administrators from local and regional government organizations in Transcarpathia.

As a result of these delegations, many OW delegates, who visited Corvallis in the past, currently hold very influential positions in important organizations in Uzhhorod. Examples include a current Vice-Mayor responsible for the City of Uzhhorod’s budget, the Dean of the Law School at UzhNU, and a Vice Rector of UzhNU. 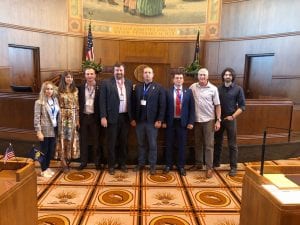 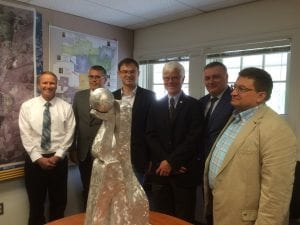 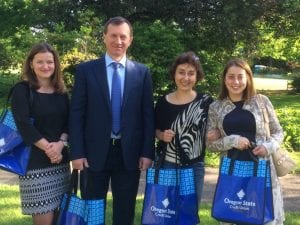 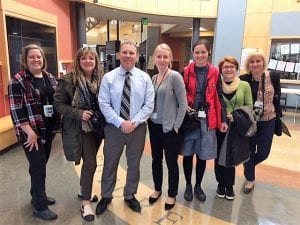 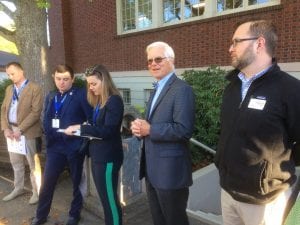